What it’s like being a Deege Solar Customer
Updated: 14 October 2021

Hi! My name is Grant and having worked with Deege Solar to get a Solar PV and battery solution installed at home I was keen to share the process and how impressed I’ve been for any other potential customer! As a keen technologist I was after a modern solution. With my wife primarily keen to make sure that there was no visual impact to our new home.

Having looked at solar for a few years, before properly starting to consider it viable for our property and looking at options late 2020, I’d been through a lot of solar companies’ websites and had many sales calls and emails. There are a lot of options in the market, a real variety of companies, and most surprisingly a total lack of clear information! 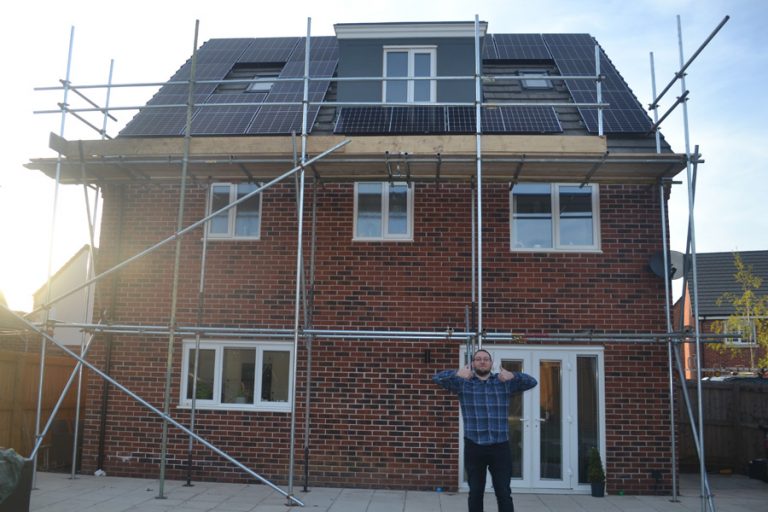 Why I Choose Deege Solar

This is where Deege Solar came in to the mix, with a clear and transparent website where the listed prices are what the sales team quote! Unlike many companies the Deege website has a number of package options, which are broken down to actually identify and explain the components. Where many companies simply have “a 5kW solar solution”, Deege list “a 5.2kW solar solution, made up of 14 x 375W panels with a Sofar inverter” even going down to the panel/inverter model and providing the specification sheet. This upfront transparency meant I felt informed going into the discussions, with much more confidence than the “we’ll fit whatever we have on the day” approach others seemed to take.

The entire sales process was simple and refreshingly modern, we talked through my requirements and budget and the sales team went off to see what was possible. The important initial property survey, to understand the size of my roof, was done using aerial mapping which then helped identify how many panels the roof could take.

Once the size of the roof was understood we were then able to talk options, with Deege really proving their skills in matching my requirements and budget to the optimal solutions on the market. Having talked about the shading my dormer window would create, for example, they suggested panel optimisers with SolarEdge being the best on the market – which would also add additional insight to my solar panel generation. When it came to the battery I was keen to have a solution I could add to in the future, so they suggested a Growatt AC-Coupled Battery Inverter with 3.5kWh batteries of which I could add more over time easily. All of the options discussed matched the details, and importantly the prices, I had seen online so I felt I was almost being guided through their offering rather than blinded with technical terms.

Having worked out the best panel and battery solution, Deege were able to guide me through additional options. Going in to buying solar I was always keen to make full use of as much power generated as possible (to improve my Return on Investment!). Beyond what the proposed battery would store, so Deege were able to guide me through some additional options I had never considered before. The myenergi products came highly recommended, both the well-known Zappi, for charging a future Electric Vehicle, but also the Eddi which converts surplus power into hot water by powering my immersion heater. The myenergi solution gives a lot of extra insight into my solar install, has so far helped me use ~93% of all the power I have generated, and was undoubtedly one of the best recommendations Deege made from their vast experience of successful installs.

Plugging Into The Sun

With the sales process complete it was time to really put the team to the test by seeing the quality of their install! The scaffolding was up first thing then the roofing/electrical teams all arrived exactly when they said they would, with calls the night before and a confirmation again from the team when they were on the way in the morning. All of the team were polite and friendly, clearly experts in their field, and none were even remotely daunted with the task at hand. While the electricians managed to run the cables almost invisibly in the house, the roofer was measuring and chalking out the panel layout on the roof. Both teams checked I was happy on a couple of options such as the exact placement of some of the panels, it was clear that they weren’t going to be happy until I was with the install.

Having hit a few hurdles the team battled on to get the job done, showing real commitment staying until it was done despite being late on a Friday evening. I was so impressed with their efforts I even got pizzas delivered for the team, something I can’t ever imagine doing for any other company I’ve had working on my home. They left a fully working system with not a single cable visible in the house, I have three(!) apps full of rich data all setup and now just long for sunny days! 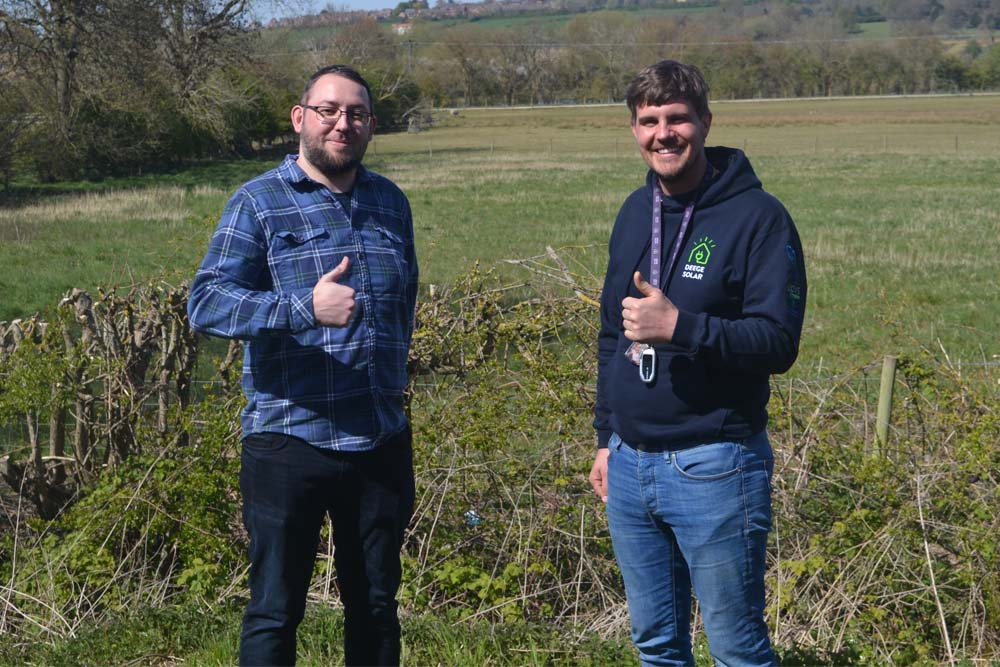 From the beginning it was clear Deege Solar were flexible in their approach and ultimately were working to ensure I was satisfied. There was no hard sell approach, no pressure, just open communication and valuable insight. They are thoroughly knowledgeable, have experience across a breadth of solar technologies, and are arguably one of the best installers in the UK. I wouldn’t hesitate to recommend Deege Solar to anyone, in fact I have the pleasure of looking at our neighbours identical installation by Deege Solar following our recommendation!

If you are interested in Following Grant’s Solar journey, and asking him any questions you can find him on Instagram and Twitter @oursolarjourney. This blog was written by Grant himself to showcase his point of view of what it is like to go solar with Deege Solar. If you would like to receive a free quote click the Enquire now Button below. Alternatively you can reach us directly on 01322 479369.

Next article A World's First! As UK Legislation is Set To Require All New Homes To Have an EV Charger