Solar Inverters, What Are They And How Do They Work?
Updated: 1 March 2022

What is a Solar Inverter and how does it work?

A solar inverter is the component in your solar panel system which changes the direct current (DC) electricity captured by the solar panels, into alternating current (AC). AC current is the standard flow of electricity required to power your home appliances and connect to the National Grid. It is usually equal to either 120 volts or 240 volts depending on the country. Simply without a solar inverter in your system, you would be unable to power your home safely from your solar energy.

As a solar panel system is only as efficient as its weakest part, a high quality inverter is an essential part of your panel set up. Capable of maximising the available energy being generated by your Solar Panels. The importance of inverters are often overlooked during the design stage, but not here at Deege Solar.

What does a Solar Inverter do?

PV inverters are considered the brains of any Solar PV system. Their essential features include:

The Different Types of Solar Inverters

There are four main types of solar inverters. String inverters, micro-inverters, hybrid inverters and power optimisers. In this blog we will explore the key characteristics of each kind of solar panel inverter. So that choosing the right solar inverter for your system couldn’t be simpler.

A ‘string’ is a chain of solar panels that are arranged into groups or rows, connected in series. In order for a string inverter to work efficiently all the panels in a string must be at the same pitch and orientation. Multiple strings can be connected to a single inverter, in fact many string inverters have 2 or even 3 MPPTs (Maximum Power Point Tracking). This means that you can have a different string of solar panels on each MPPT. This is ideal for an east/west set up, where the two strings of panels will have an unmatched solar generation.

A Reliable trusted form of technology, which allows for multiple strings of panels.

Limited design flexibility which may not suit more complicated projects.

If one panel is damaged or shaded the performance of the entire system is affected.

Have a higher initial cost. 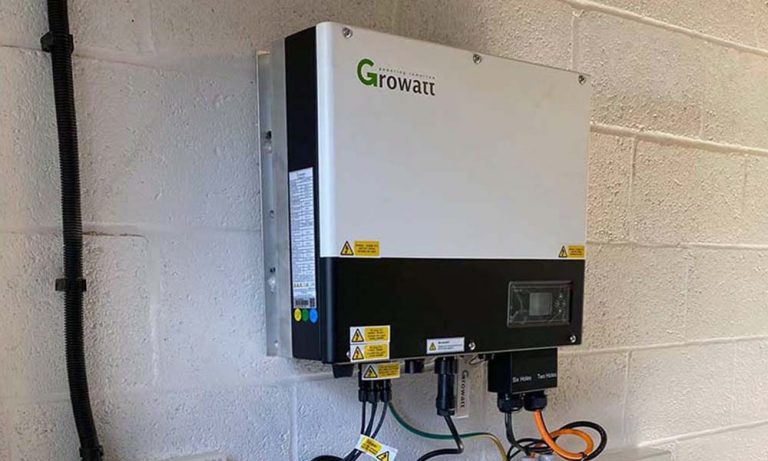 If you are installing a new Solar PV system with storage, then a hybrid inverter is well worth considering. As solar panels generate DC electricity, we know that an inverter must convert the energy into AC electricity in order to power your home’s appliances. However, solar batteries store electricity in DC form. A hybrid solar inverter is capable of converting the incoming DC into AC, while also sending any surplus DC power to store in a solar battery, or to be sold to the grid. When your stored energy is in demand, the electricity can then be inverted to AC to be used in your household.

Hybrid inverters can be integrated directly into your solar battery, and therefore centralise the monitoring of the array’s performance.

If you already have Solar and are looking to add a battery to your system, then financially it is better to install an AC coupled battery system over a new inverter.

Hybrid inverters are 50% more expensive than string inverters.  They also only integrate with DC coupled batteries, which can sometimes limit your battery choice. 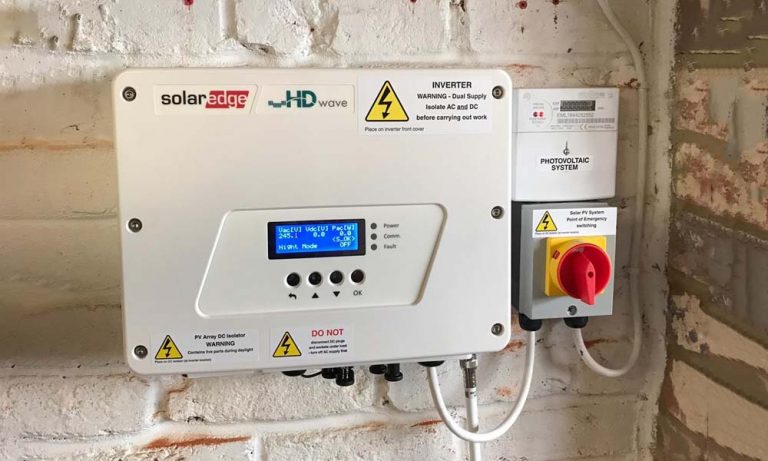 Offering many of the same benefits as micro-inverters, power inverters are also located on each individual panel. Also known as DC power optimisers, power inverters offer panel-level optimisation and performance monitoring. Unlike a micro-inverter system, instead of directly converting DC to AC at roof level, the optimiser moves the DC power through to a string inverter. Which is likely fitted next to your battery storage system. As they are at module-level they are often a cheaper alternative to micro-inverters.

SolarEdge is the market leader in power optimisers. Capable of increasing generation, identifying issues and offering arc fault detection. As a result, when you choose a SolarEdge PV System, you are choosing to generate more green power!

Power inverters are a cheaper alternative to Micro-inverters.

Power inverters allow for maximum energy production, reducing the impact of shading and even mismatch modules.

So which Solar Inverter is right for your project?

Every home and commercial property requires different solar needs. It is important to choose the right solar inverter for your project. Hence why the team here at Deege Solar offer free consultations to design you with a bespoke solar panel system As MCS certified Solar Panel Installers, with over 12 year of experience, when you choose Deege Solar you know you are in safe hands. Call us today on 01322 479369 or click the enquire now button to talk to a solar expert!
Enquire Now
Youtube Facebook-f Instagram Linkedin
Previous articleThe Different Types of Solar Panel Mounting Systems

Next article Bifacial Solar Panels: What are They and How Do They Work?