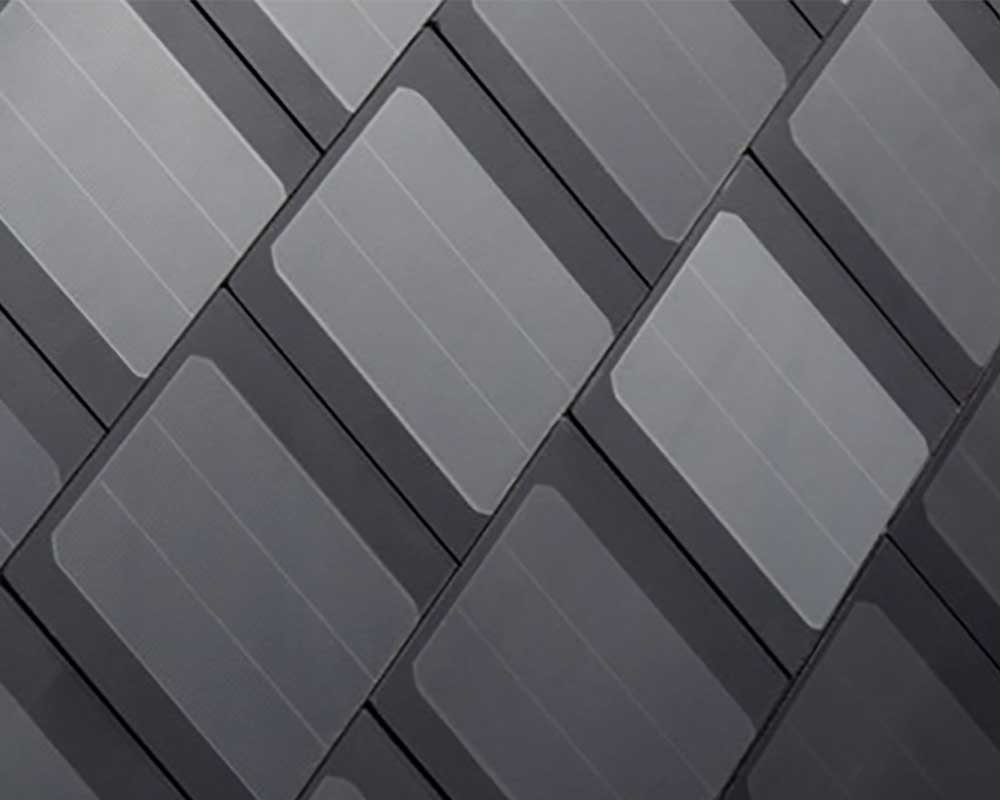 What are Solar Roof Tiles

Solar Roof tiles (or photovoltaic roof tiles), are a seamless way of integrating solar technology into your home without taking away from your home’s natural design. Unlike a traditional solar panel which is mounted on-top of your roof tiles, solar tiles replace your roof tiles all together. Although Solar Tiles may look different, they work just the same as a Solar Panel does. This neat alternative, means that you can use the energy from the sun to generate your own electricity in style.

Although many solar companies have tried and failed to make solar roof tiles work, Tesla believe they have the answer. And who wouldn’t put their money on Elon Musk on providing this solar solution.

The Advantages Of Solar Roof Tiles

The Disadvantages Of Solar Roof Tiles

Probably the most sort after solar roof tile, the Tesla solar roof tile are perfect for homeowners who want to power their home using solar energy in style. Especially if you already have a Tesla Powerwall Installed. Available in 4 different styles (Textured, Smooth, Tuscan or Slate), Tesla declares that their solar roof will work out cheaper than a regular roof in the long run. Due to its ability to generate electricity from a free energy source (the sun). Each solar tile includes a highly-efficient solar cell, which has been developed in partnership with Panasonic. Integrating the solar technology in the most seamless way possible.

However, Telsa’s Solar Roof tiles aren’t available to buy just of yet! In May 2017, the Tesla Solar Roof Tile became available to preorder in the UK, however ever since launch it has continuously been delayed. Resulting in many skeptical solar tile fans.

Receiving MCS accreditation in 2018, the GB Sol Solar Slate is one of the few tiles already on the market. Its natural blue-grey slate effect, has proven popular with the UK Local Authority when it comes down to planning approval. Its ability to work seamlessly with natural slates, as well as weighing only between 3.0-3.9kg, means it is often seen installed on sensitive buildings such as listed buildings. This is because it is actually lighter than a traditional tile. Manufactured in Wales, the PV Slate has the capacity to generate between 25Wp and 35Wp of solar power and has been tested to withstand the harsh British weather. A GB Sol solar PV slate has a ten-year product and power guarantee.

The Solecco solar tile is a great alternative for anyone waiting on the release of the Tesla Solar Roof. Based in Leeds UK, the Solar tile manufactures have designed a range of black mono-crystalline and red terracotta polycrystalline solar tiles, perfect for your design aesthetics. Each Solecco Solar tiles is said to generate 15W, and have an efficiency of 17.39%. With a 30 year expected energy generation lifespan, the Solecco Solar tiles are definitely a worthy opponent to the Tesla tiles. Whats more, instead of being manufactured from glass, these solar tiles are crafted from recycled plastic. Meaning you can reduce your carbon footprint even further!

With limited suppliers and a higher price point, Solar roof tiles are unfortunately not where they need to be to take the solar industry by storm just of yet. However, the possibility of seamlessly being able to integrate solar energy into any roof has definitely changed the future of the solar industry.

If you are a UK home or business owner looking to make the change to Solar Energy, get in touch. By simply filling out our short form you can receive a free consultation. While we are unable to offer solar tiles, we can offer integrated solar panel systems, which look just as great!