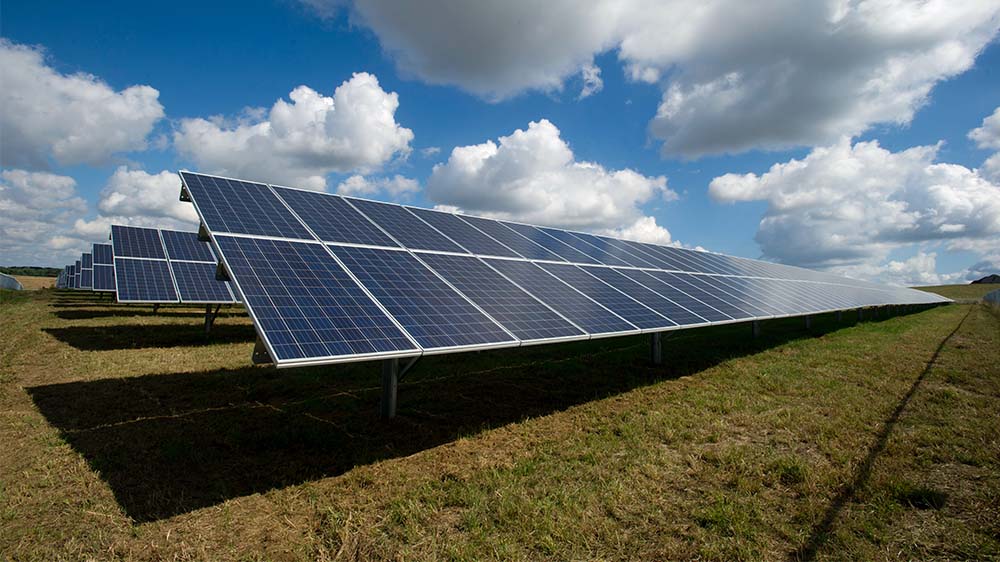 With constant and radical developments in the solar energy industry making the technology to produce solar energy much more cheaper than other sources of (renewable) energy, we are seeing more and more solar farms pop up across the world and in the UK. Supporting the UK’s green energy transition, the cumulative pipeline of the 469 solar farms dotted across the UK has now reached 11.6GW per year.

Solar farms are large scale applications of solar photovoltaic (PV) systems. They provide green, renewable and locally sourced energy to high numbers of people and businesses for many years after their initial construction (around 25 to 30 years). Creating and obtaining energy via solar farming is certainly becoming the preferred option for governments, businesses and interested independent investors.

Deege Solar has compiled an info-list on the 5 largest solar farms, also known as solar parks, currently operating in the UK. Read on to find out more!

In at first place is Shotwick Solar Park located in Flintshire, Wales.

In at second place is MOD Lyneham Solar Farm in Bradenstoke, Wiltshire:

In at fourth place is Wroughton Airfield Solar Park:

In at fifth place is West Raynham Solar Farm:

Have You Got Land For A Solar Farm?

There are hundreds of solar farms that exist in the UK, all with their own unique back stories, investors and power capacities. One thing they do have in common, though, is their ability to generate vital sources of energy that is clean, renewable, reliable and accessible. If you own land in the UK that could be potentially used for a Solar Farm, get in touch! Together, we can make a difference, by powering more of the UK on Solar Energy.

Enquire Now
Youtube Facebook-f Instagram Linkedin
Previous articleSolar farms: What are they and why do they matter?

Next article Deege Solar: Our Website Is Green Powered!