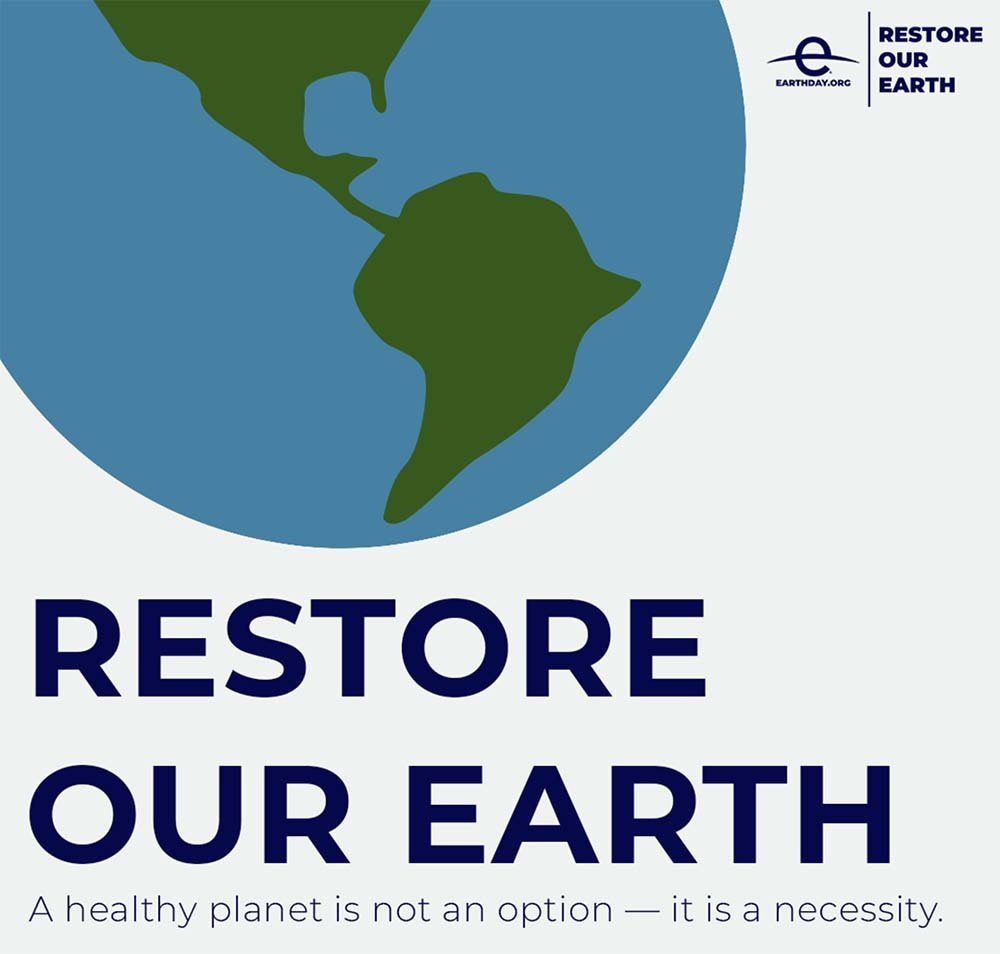 What is Earth Day

Earth Day is often considered the World’s Largest Environmental Movement. Simply, Earth Day is an annual event created to bring awareness to the ongoing Climate Crisis that we face as a planet. From air pollution to deforestation, the worldwide event is supported by more than a billion people around the world, and shines direct light on the current climate emergency.

Every year since 1970, April 22nd marks the anniversary of Earth Day. However, this year the organisers have called for a three day celebration, from the 20th to 22nd April. Nonetheless, it is anticipated that there will be an entire week dedicated to Earth Day, making it more of an Earth Week. Not that we are complaining.

"Together, we have the power to Restore Our Earth."

This year (2021), Earth Day is centred around the Restoration of Our Earth. It aims to focus on what we need to do as a community to reduce our impact on the environment and our individual roles in repairing the current Climate Crisis. Restore Our Earth, will in particular focus on looking at ways we can all adopt natural processes, green technologies, and new innovative thinking, to save our planet. After all a healthy planet is not an option but a necessity. As Solar Panel Installers, we couldn’t be more thrilled by this year’s theme, and the opportunity to showcase the impact of green technologies such as Solar Panels.

The Origins Of Earth Day 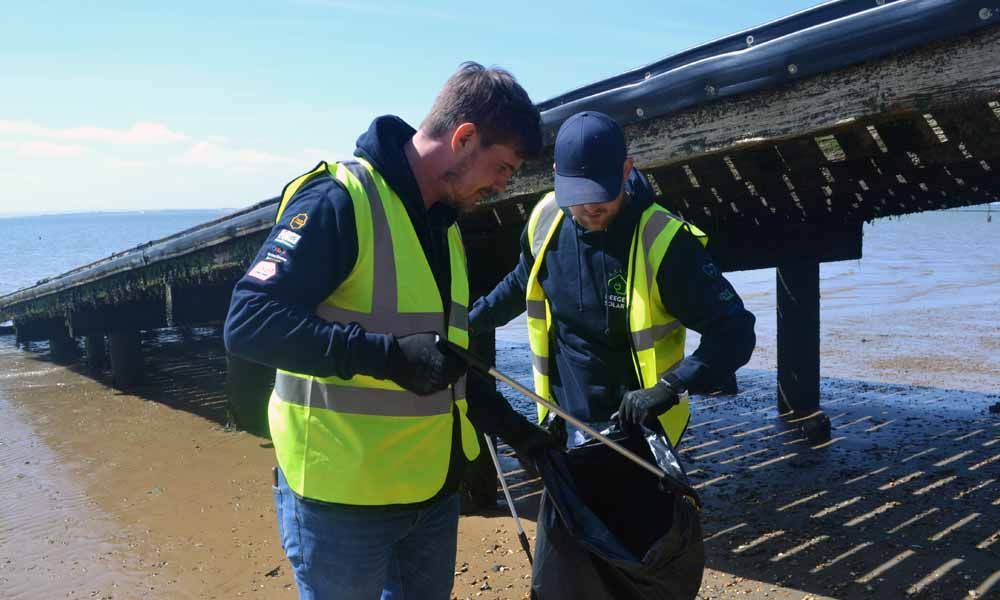 The original Earth Day was founded by Gaylord Nelson in 1970, who was a junior senator at the time. As an environmentalist he wanted to highlight the importance of both clean air and clean water, following the 1969 oil spill in Santa Barbara, California. The Senator, inspired by student anti-war movements, wanted to infuse the energy of young students into the emerging environmental crisis. Nelson announced to the national media a teach-in on college campuses organised by Denis Hayes and co-chaired Pete McCloskey. They choose April 22nd in order to increase student participation as it fell right between Spring Break and Final Exams. Around 10% of the US’ population, took to the streets to show their support for the environmental cause. Which at the time was an astonishing 20 million people.

As a result of the first Earth Day, President Richard Nixon led the nation in creating the Environmental Protection Agency. This was followed by the legalisation of the National Environmental Education Act, the Clean Air Act, the Clean Water Act and the Endangered Species Act.

It was only until 1990, that Earth Day became an international campaign. After Denis Hayes, once again organised another triumphant campaign. This time, 200 million people in 141 countries stepped forward to participate, and Earth Day officially went global.

Why is Earth Day So Important?

Earth Day is the only day of the year which focuses solely on the health of our planet. In 1970 Earth Day gave a voice to those becoming worried about the state of our planet. For today, Earth Day remains a significant event where these voices are heard publicly, bringing environmental concerns to the front page. It marks a day of action, and change on a worldwide scale. For example, on Earth Day 2016, the landmark Paris Agreement was signed by the US, China and 120 other countries. It’s about coming together as a community to drive change.

Earth Day is also a powerful motivator to bring communities together to help clean up litter, plant trees, discuss all things climate change and to appreciate the wonders of nature that surrounds us. Earth Day has a way of bringing people together in engagement and volunteerism, united by a common goal, to end climate change. As the awareness of climate change grows, so does our ambition to change it. We demand greater action for our planet.

How can you get involved in Earth Day

As with every year, thousands of events are taking place both online and in person. If you would like to find out what’s happening near you, simply check out the online map provided. There will be slight alternations to events this year due to Covid-19 restrictions. However, the passion and motive remains the same. You can also tune into Earth Day Live 2021, a live-streamed event that will include workshops, panel discussions and a series of guest appearances.

If you would like to find out more information about Earth Day simply visit earthday.org. So come join the cause, and let us celebrate Earth Day, and climate action together.

What Are We Doing To Celebrate Here At Deege Solar

Here at Deege Solar, we have decided to give everyone an opportunity to celebrate EarthDay with us. We have a list of events running throughout EarthDay including a Nature Walk and Beach Clean Up In Essex, which are open to the public to attend. If you are interested in attending any of our events please get in touch for the full details.

What Else Can You Do To Help Our Planet

Participating in Earth Day is a great step towards helping the UK become more aware of the Climate Crisis. Here at Deege Solar we believe that everyday should be Earth Day. We strive to implement Renewable Energies such as Solar panels into households across the UK, in order to prevent further damage to our ozone layer. We are simply combatting Global warming 1 solar panel at a time. Furthermore, we believe in using our position as leading UK Solar Panel installers to educate the nation, not only on Earth Day but everyday about sustainability. Make sure you check out our youtube channel for some more great content, and stay in touch!

Next article What is Renewable Energy?