Although electric vehicles are initially more expensive, the good news is that they are likely to cost you less over the course of ownership. Thanks to less maintenance, and cheaper miles. There are many benefits to owning a fully electric car. For example, not having to pay road tax (saving you around £165 a year already), or congestion charges in London which is £15 a day. Not only are Electric cars much greener, but the question on everyone’s mind is are they much cheaper?

According to the latest data from RAC fuel watch the average cost per litre of petrol in the UK as of July 2022 is 191.53p. Considering that the average family petrol car has a 55 litre tank, it would cost £105.34 to fill from empty, which is nearly double the cost from the year before (£57.58)… yikes.

Of course the cost of running an electric vehicle depends on the make and model of the car, however, the team here at Deege Solar have broken down the overall costs of charging an electric car. Read on to find out if electric cars are really cheaper to run!

Cost of Charging an Electric Car at home 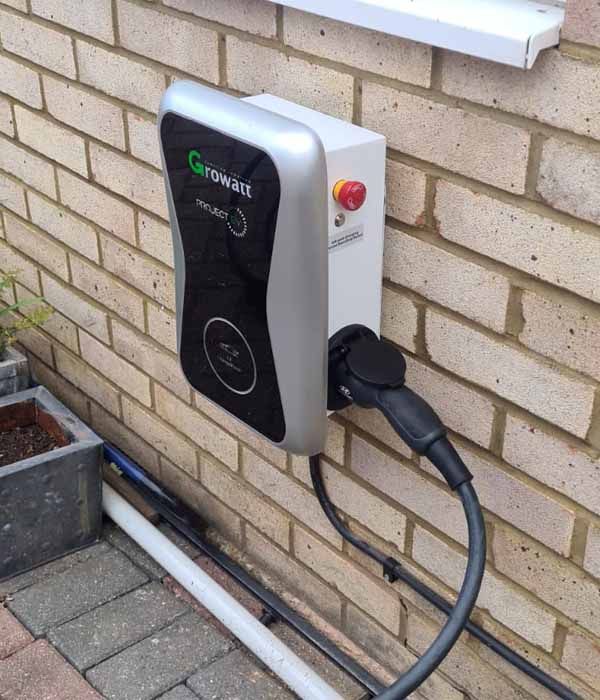 According to Ofgem, the average domestic electricity rate here in the UK is 28p per kWh since the price rise in April. This means that to charge an average electric car from home to its full usable battery capacity would cost around £15.12. Which works out £90 cheaper than it’s petrol equivalent! With EV Charger installations available at Deege Solar for as little as £850, it only takes 10 charges for you to start seeing those savings. One of the many reasons to install a home EV charger.

Of course, the bigger your car’s battery, the more expensive the charge will be, and the slower the charging point the longer it will take to charge you car from empty to full. If you are looking to take advantage of installing a home electric car charger, and are looking for guidance read our blog post on the best EV Chargers.

Using a “time or use”, or off peak tariff such as Octopus Go, is one of the cheapest ways to charge your electric car. With a time of use or EV tariff, despite higher peak or daytime rates, you will receive 5-7 hours of cheaper electricity, perfect for those who can shift their use of energy to night time hours or who are looking to charge their EV over night. This is known as Smart Charging.

The Cost of Charging Electric Cars at Public Stations 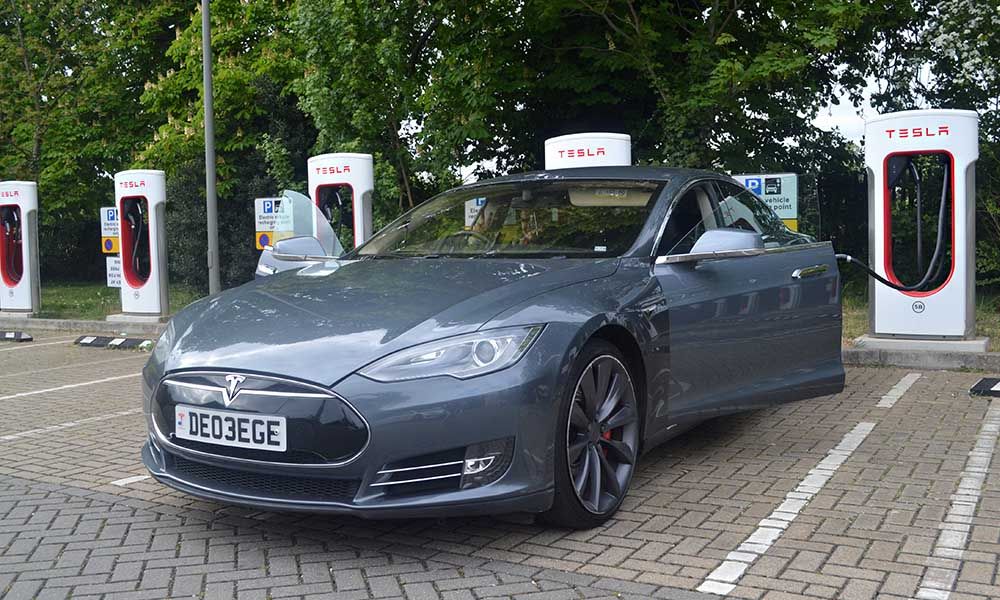 Charging your electric car while out and about is a great way to top up your miles. According to Zap-Map, at the end of June 2022 there were a total of 32,663 public charging points across 19,960 locations across the UK. That’s a 34% increase in charging points since June 2021. As the demand of going electric rises, so does the charging infrastructure in order to meet the demand set by removing sales of new petrol and diesel cars in the UK by 2030.

The UK public charging network offers a mixture of slow (3-6kW), fast (7-22kW), rapid (25-99kW) and ultra-rapid (100kW+) charging options. The faster the charger the more expensive the charge. Rapid charging points are the most common, and are normally found at motorway service stations. Most network rapid chargers cost 44p/kwh which is about £11 for 30 minutes of charging.

Public chargepoints at supermarkets or car parks tend to be free to use for the duration of your stay for customers and visitors. So it’s important to take advantage of these free top ups. Many employers will also offer free access to workplace charging points, with schemes in place. You can find the majority of chargepoints via free-to-download mobile apps such as ZapMap, BP Pulse and PlugShare.

Charging your EV with your Solar PV

Unlike a petrol car, with an electric car it is possible to utilise home grown energy to power your car. Charging your electric car from sunshine is just one of the major benefits of having a home solar panel system installed.

For some homeowners despite home charging being cheaper than public charging or petrol miles, many still consider how it will impact the cost of their electricity bill. Especially as electricity prices are on the rise. However, making the change to green clean energy, and charging your electric car from solar energy, is a great way to not only save on your electricity bill, but to gain free miles too!

Let’s do the maths shall we. Considering that the average car in the UK drives an average of 7,400 miles a year, that’s the equivalent to 2114 kWh of additional electricity that needs to be accounted for. Based on 1kWh equally 3.5miles. That means if you were to charge your electric car 100% off solar energy instead of the average 28p per kWh, you would be saving yourself £591.92 a year.  It is likely that you will spend more each year on charging, as you are likely to use public charging points to top up too.

So are electric cars cheaper to run? The answer is simply yes. Not only do electric cars eliminate tailpipe emissions, which makes them better for the environment, and require minimal servicing, they also have a lower cost per mile compared to petrol cars.

If you are a UK homeowner looking to charge your electric car the cheapest way possible contact our green team to install a home EV Charger or Solar PV System so you can run your car from the sun.

Next article Are Solar Panels On New Builds A Must?